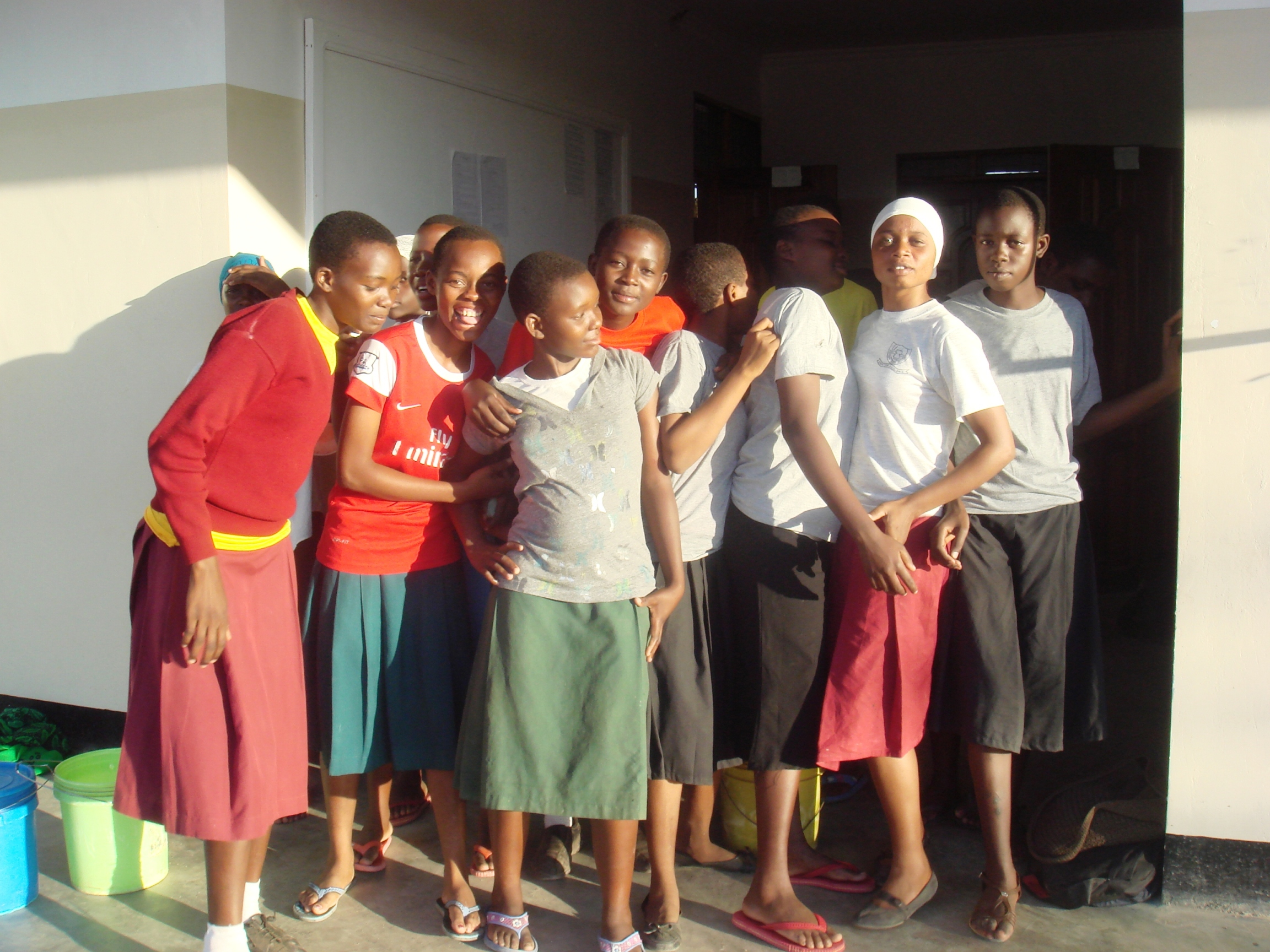 Hostel for Maasai Girls at the Secondary School Nyumba Ya Mungu in Northern Tanzania.

The arid area of Simanjiro District in North-East Tanzania is the home of the Maasai, a nomadic cattle keeping tribe. Because of the increasing lack of grazing grounds and severe droughts the traditional way of life of these people is under threat. As a consequence Maasai families are settling down in permanent villages and this offers opportunities for children to attend primary and secondary education.

Because girls are required to help the family in domestic chores they are usually not allowed to continue their education after primary school. Parents also prefer to keep the girls at home because the distance to the sparse secondary schools is too far. The girls of secondary school age are vulnerable and during the long tracks on foot to and from school risk harassment by men, unwanted pregnancy followed by expulsion from school.

To reduce this risk it is important to have a safe dormitory near the school where these girls can stay during the school week.

Nyumba ya Mungu Secondary School is a government school established in 2007 located about 5 km from the village of the same name (House of God). The village is on the shore of a small hydro dam and has about 8700 inhabitants. The village is also the portal of the spacious savannah that is the roaming ground of the tribe and its livestock.

The school has 6 classrooms and employs 10 teachers for about 320 students. In addition there is an administration block, two teacher houses, 12 latrines for the students and a small kitchen and washing area.

The parents contribute to provide food, pay for teacher allowances and employ a cook and guards,

The students, mainly Maasai children walk daily distances of 5 to 12 km to and from school. Even though these children are used to walking great distances it is costing them lots of energy and undermines their school performance.

The school administration sought assistance from SINTAN IP to construct a dormitory for girls with  additional latrines and washing areas.

SINTAN IP initiated a number activities to raise the required funds. Together with the support of Wilde Ganzen a total amount of 28.922 euros was collected.