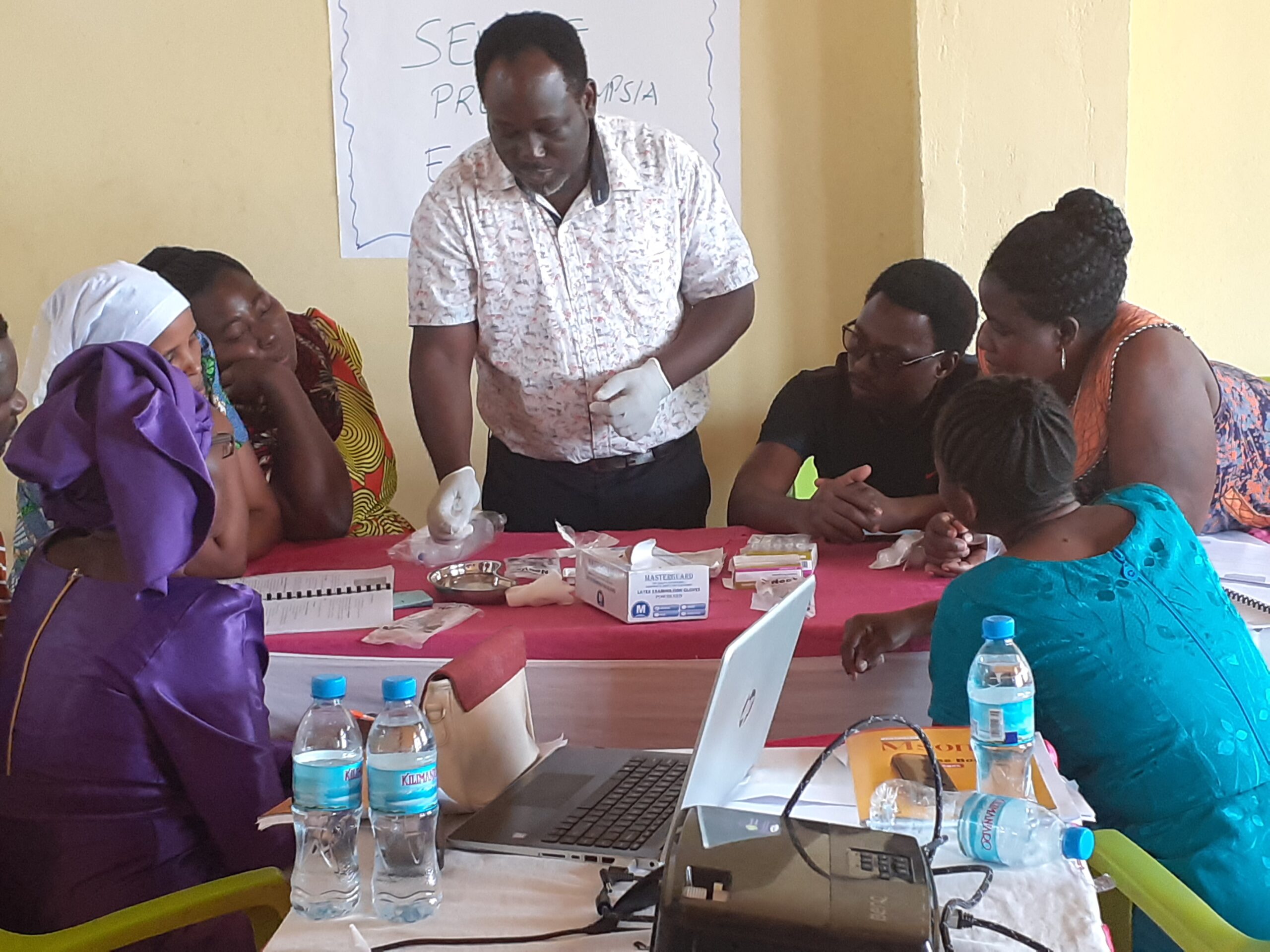 A number of 14 health workers from 4 different dispensaries in Lemkuna, Ngorika, Magadini and Nyumba ya Mungu, have been trained by gynecologist Dr Godwin Macheku and nurse Rose Cairo, both certified National BEmONC/CEmONC trainers. After two years of thorough preparation the training started on August 3rd 2020 and lasted for two weeks.

SINTAN IP has been involved with developments in and around the village Nyumba ya Mungu since 2008. One of our first projects has been the building of a hostel for Masaigirls at a secondary school in Nyumba ya Mungu. Since that period mutual contacts between SINTAN and the local community have only become stronger. From that time onwards we have increasedly focused on mother-and child healthcare in that part of Tanzania.

In 2018 we were informed by our contact person in Nyumba ya Mungu, mrs. Tarimo that local healthworkers were worried about the high number of home births in the community. And therefore maternal mortality rate did not decrease. (according to Tanzania Demographic Health Survey in 2016, 566/100.000 live births)

After we consulted Dr. Greyson Mpinga, he was willing to perform a situation analysis in the area. In august 2018 Dr Mpinga concluded in his report that, among many other issues, knowledge, skills and attitude of the local healthworkers had to be improved.

As a result of his report discussions took place with the District Medical Officer of Simanjiro and the Council Health management Team. After consulting the ward- and village officials, it was finally decided to train the healthworkers of 4 dispensaries.

SINTAN IP managed to raise sufficient funds from various (private) sponsors and with financial support from “Wilde Ganzen” we are very grateful to have been part of this local project in Ngorika Ward.